In the past few years, I’ve been reading more African novels than in the rest of my life (and I’ve always been a fanatic reader). It’s extraordinary to explore countries I’ve never been to, or know nothing of beyond their names and maybe their capitals, through the convenience of books.

All my life Africa has generally seemed removed from me. I’ve always considered myself African and as a child, South Africa seemed the beloved trophy child of a huge, struggling continent. But as I have grown up, our country has been shaken by waves of xenophobia. It was difficult for me, so fiercely in love with our internationally-recognised successes, to recognise the distance between South Africa and our fellow African nations, as well as the divide inside of South Africa. Through knowing our fellow Africans, we can hopefully shake off these xenophobic sentiments.

My quest to discover my own continent began with a yearning to go to Morocco and to know about Morocco. It was exams and I needed somewhere to escape to, even if it was through a book. At the beautiful Central Library I found Laila Lalami’s Secret Son. It was set in Casablanca, Morocco, and told the story of an illegitimate child and two different realities in the city. I enjoyed it and in the holidays I followed up on my African ambition. I found a map of Africa and presticked it onto my study wall, colouring in the countries where books I had read had been set. There weren’t many: South Africa, Rwanda and Morocco. Soon I could add Tanzania and Mali, another travel fantasy.

Even of South African fiction, I’ve read few books. At school, we’ve consistently been taught international, meaning British and American, books which were generally written by white men. Finally, in Grade 10 Cry, the Beloved Country was on the syllabus. While it was written by a white man, we were making progress and it was compassionately and respectfully written. Next, my school introduced Things Fall Apart and Half of a Yellow Sun, both set in Nigeria and written by black individuals. The latter was even written by a woman! Progress! I carried on with my African reading challenge, shading in Zimbabwe, the Republic of Congo, Sierra Leone, Egypt, Ethiopia, Somalia, Sudan and Kenya.

I’ve chosen books based not on reviews in magazines or the recommendations of my friends (both sources rarely recommend an African book) but by searching “Malian fiction” or “Malian authors” online. Other times, I’ve simply browsed the rows of African fiction at the library, leisurely pulling out books and reading blurbs or extracts. The books I’ve chosen have not always turned out the way I’ve wanted and I was disappointed with the styles of many endings which I felt were lacking. Nevertheless, I have found authors whose writing I not only enjoy, but who are African, like me. It’s like employing someone; you never truly know how good they are until you give them the opportunity.

Opportunity is often such an overused word infused with whimsical connotations of overnight fairytales but it really is key when it comes to African fiction. You’ll never know unless you try. It might take a lot to walk away from the general fiction and turn instead to the closer shelves of African books but once you’ve done that, you won’t be sorry. A few times I’ve been tempted not to find another book from another country but to gobble up every single book the author has ever written (I yielded to Chimamanda Adichie’s Americanah). I’m so excited for the day when, having read a book from every African country, I not only know more about my continent, but have found new favourite authors whose work I can go back to again and again. 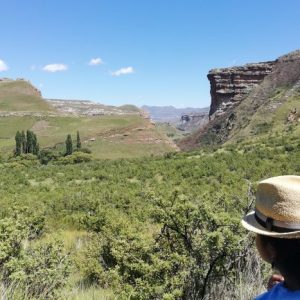 Jenna Solomon
Me in Mzansi is about my life and how much of it is directly related to my nation. It’s just one of 56 million lives but I am sure it shares many similarities with those of my fellow South Africans: most significantly, a love for a country that we so passionately want to reach its potential.

Me in Mzansi is about my life and how much of it is directly related to my nation. It’s just one of 56 million lives but I am sure it shares many similarities with those of my fellow South Africans: most significantly, a love for a country that we so passionately want to reach its potential.

Welcome to Me in Mzansi

How can the choices we make as individuals have broader socio-economic impact? Me in Mzansi is an attempt to answer that question. As active citizens in the areas of fashion, literature, travel, and museumgoing, we have the potential to realise the South African we long for.

This website uses cookies to improve your experience while you navigate through the website. Out of these cookies, the cookies that are categorized as necessary are stored on your browser as they are essential for the working of basic functionalities of the website. We also use third-party cookies that help us analyze and understand how you use this website. These cookies will be stored in your browser only with your consent. You also have the option to opt-out of these cookies. But opting out of some of these cookies may have an effect on your browsing experience.
Necessary Always Enabled
Necessary cookies are absolutely essential for the website to function properly. This category only includes cookies that ensures basic functionalities and security features of the website. These cookies do not store any personal information.
Non-necessary
Any cookies that may not be particularly necessary for the website to function and is used specifically to collect user personal data via analytics, ads, other embedded contents are termed as non-necessary cookies. It is mandatory to procure user consent prior to running these cookies on your website.
SAVE & ACCEPT